Does anyone else feel like after a year, we are still experiencing the same month of March that we experienced last year? Not just me? Ok great.

Covid cases are still rising, horrific acts of hate are still raging, and perpetuated societal inequalities are still persisting. It would be remiss to disregard the progress and positivity that persisted despite the hurt of this past year, and through this, I have seen many calls to action, mostly using social media to broadcast inequities very quickly. I have seen people stand up for what is right, call out those that are in the wrong, and demand change. Repeatedly.

A number of days ago, the long-awaited #MarchMadness was beginning again. There were precautions in place for the ongoing pandemic, and both the women’s and men’s tournaments were placed in ‘bubbles’ for practice, lodging, and tournament games. However, these ‘bubbles’ were nowhere near equal.

On Friday, March 19th, my Twitter and Instagram feed entirely consisted of Sedona Prince’s TikTok calling attention to the blatant inequality between the ‘bubbles’. The men’s teams had a fully outfitted weight room, trays of food to choose from at meals, and swag bags overflowing with items that sported “The Big Dance” labels. The women’s teams had some yoga mats and a rack of dumbbells up to 30lbs. They had pre-made boxed dinners that did not appear to be nearly as appetizing. And their swag bags contained much less, with items labeled “Women’s Basketball”. Even their Covid testing protocol was different. 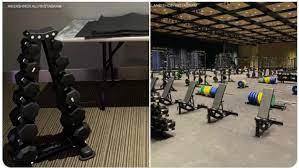 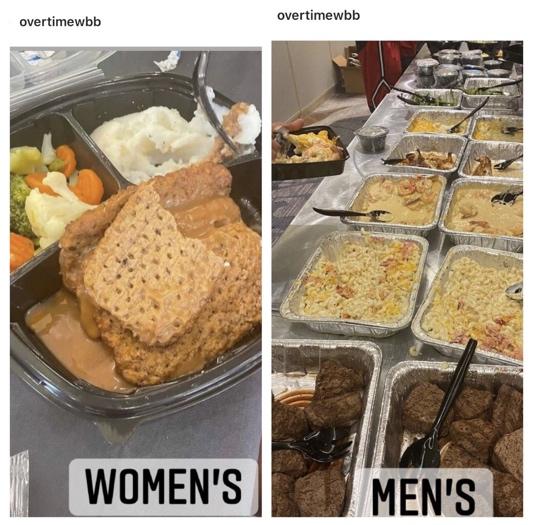 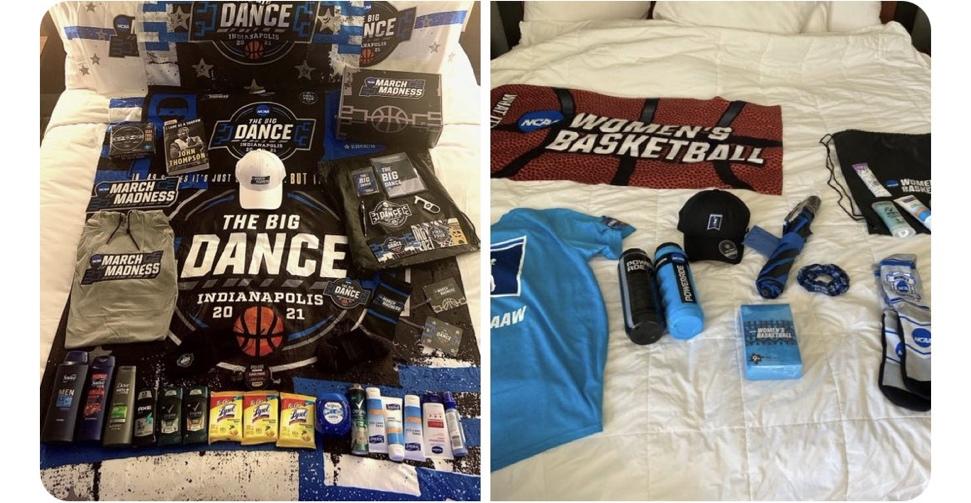 Sedona Prince said that the NCAA informed the women’s teams that there was a lack of space for the weight room, due to Covid precautions, but she proceeded to show the viewers how much unused space there actually was. The TikTok is finished by Sedona Prince informing the viewer that “if you aren’t upset about this problem, then you are a part of it”.

Because clearly women only need to lift 20lbs and stretch on a yoga mat, while men need to perform heavy Olympic lifts, in order to play the same game of basketball…?! Make it make sense, please.

Without social media or the female athletes’ refusal to put up with the blatant differences in their treatment, the public would not have realized what was going on behind the scenes. My feeds were filled with reposts and retweets from athletes and nonathletes alike. NBA players such as Stephen Curry and Kyrie Irving tagged the NCAA to tell them how ridiculous and disgraceful this was.

Many companies, like Tonal, Dick’s Sporting Goods, or Orange Theory, took a stand and sent equipment to the female players. Athletes and fans across the country could not believe how the NCAA thought that a rack of dumbbells was enough and sufficient for their high-level athletes. This disparity completely disregards the guarantee of Title IX protections and equality. Not treating the female athletes the same, nor granting them the same opportunities in their preparation for the tournament, continues the long history of perpetual setbacks for women in athletics. This event did not happen in a vacuum.

Many argued that the women’s tournament makes far less money due to a smaller fanbase. However, the NCAA reminds us time and time again how college-level competition is about amateurism, rather than capitalistic gains. It’s about the love of the game. The pursuit of success. And in order to do this fairly, there needs to be equality for all those who have made it to this level. The disregard and mishandling of the amenities for the female athletes is just one issue amidst a larger systemic problem. However, by raising our voices, and standing with those that are wronged, we can, and will, make a change. NCAA, please do better.